He is one of those people who whispers in the ears of animals. Horses in particular. His devouring passion became a profession he practiced on his farm, up there in Meygal, not far from Pic du Lizieux.
Just leave D 15 in the direction of Belistard, almost at the top of Lac Bleu, to find our man busy with one of his horses.

For more than 40 years, Alain Gibert has been a breeder of horses, mainly Comtois: “My father had a mare to drive for work. She helped us get manure out of the cows, bringing in haystacks. We did a lot of things with her and besides, she was a mare. I remember we got our first tractor when I was 16 years old…”, said the breeder.
Intrigued at an early age by the things of equestrianism, Alain Gibber bought his first horse in 1980. Since then, he has had hundreds of horses. Mostly comtois, with chestnut skirts and ponytails washed most often.
Of all these animals, the breeder remembers especially the Quai, purchased in 1987 for 30,000 francs, when the relative market price was between 10,000 and 15,000 francs. “We were with a stallion in Franche-Comté. I was 24 years old. He is at least 30 years older than me. When I told him I wanted this horse, Quai, he replied that it didn’t fit in my pocket. I, I’m sure this animal can cost at the national championship of the race, in Maiche. When I returned in the evening after visiting other farms, the breeder was still adamant about his price, offering only to deliver the horse. I bought it anyway and I didn’t have to regret it.”
Quai, a 4-year-old stallion, will pass her genetic heritage on to a pony named Duc des Argots, who will be acquired by the national stud farms during the Maiche competition, for 40,000 francs. plus a premium of 4,000 francs). Ultimately, the three ponies from Quai will be purchased by the national stud farms.

Today, demand is growing again and owners raise their animals from 2 years old, so that they are 3 years old, instead of 4 years ago.
“There’s a certain excitement, because ponies have value,” confirmed Alain Gilbert.
There was great demand from butchers, but there was also a need for entertainment, an area that Alain Gibber mainly covered. A horse used to drive can be sold for several thousand euros. 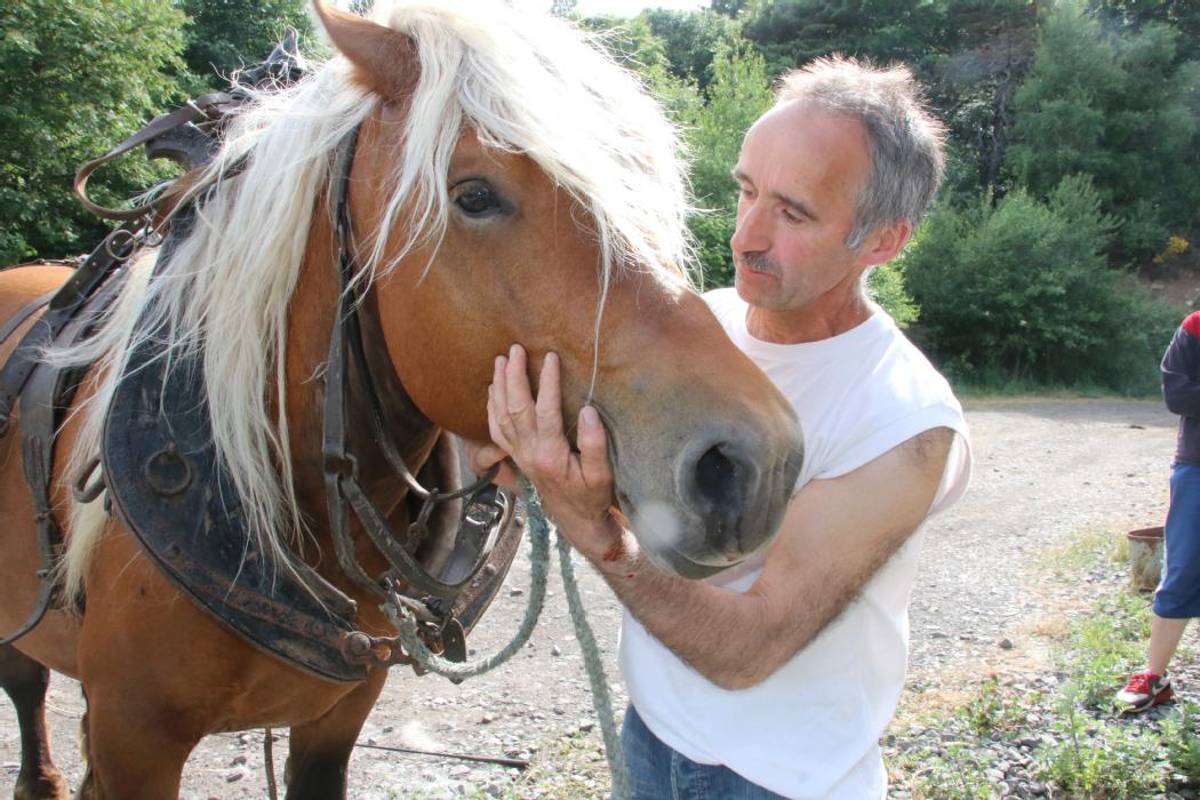 “It is a somewhat new need, but it exists and has a tendency to evolve. These are people or establishments that buy horses to become service providers. There was also the case of some brewers, for whom the horse was a valuable tool of labor in their production, or for certain transport specialists. We also see the development of recreational activities, where horses are hoisted onto carts to take guests out.”
With the advent of personal selling sites like Leboncoin, transactions are facilitated and breeders reach audiences beyond departmental borders. “I sold a mare last year to someone who lives in Lot-et-Garonne and just wanted to take his niece for a walk.”
But before selling a horse intended to be leash, several steps are necessary. First of all, you have to put the animal on the long reins. This trainer makes it possible to give instructions to the animal without having to lie on its back or get stuck. The exercise, to achieve, can take fifteen days, three weeks, a month or more depending on the case. 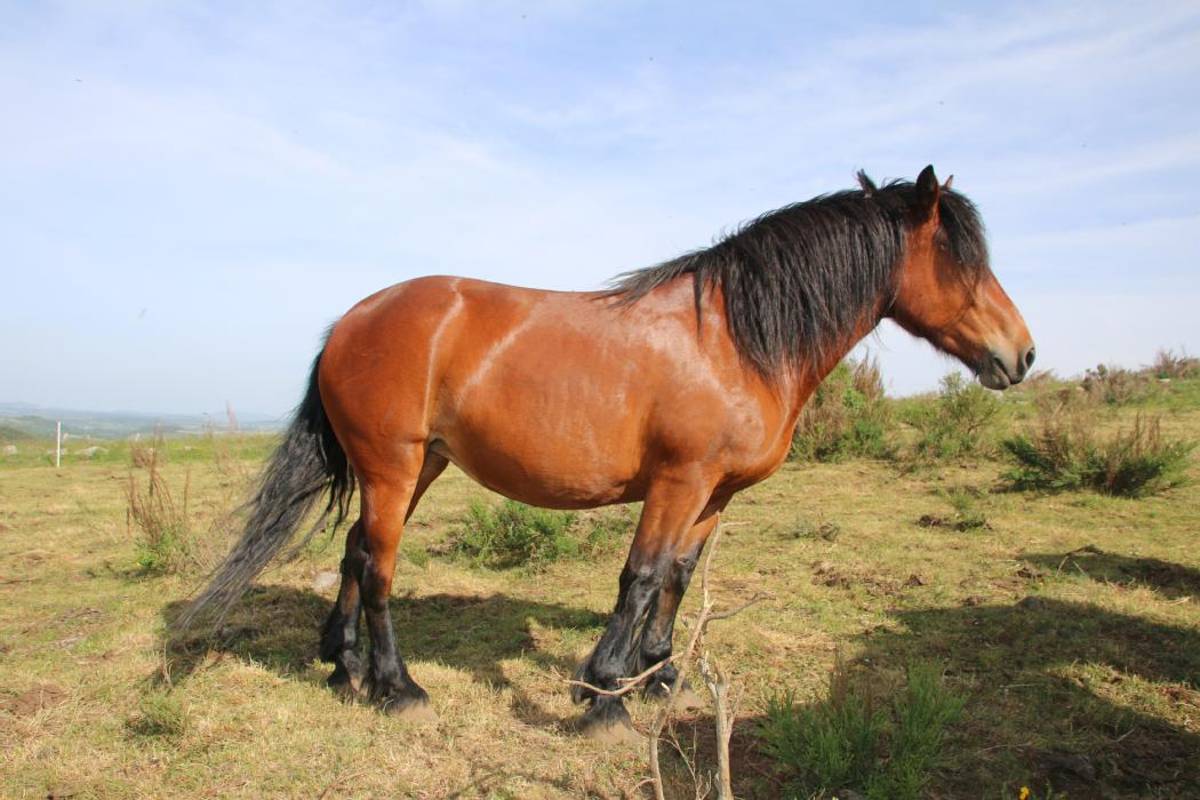 The second step is for an object (without wheels) to be pulled by the animal. Alain Gilbert uses a tractor tire for this, which is more or less larger than the horse’s capacity. “You should not wear anything too heavy, or the horse will turn upside down,” advises the breeder.
Finally, the animal can be carried on a stretcher, i.e. hoisted onto a dump truck or car.
What are the qualities needed to raise a horse? Undoubtedly, there is perseverance. But above all, it is passion, viscerally, that is the dominant factor in any success in the field. “If you’re not passionate, it won’t work, as in all professions for that matter.”
If there are still a few horse enthusiasts in Haute-Loire, the next generation may not be assured. Indeed, today’s agricultural youth are often enamored with horsepower, tractors in particular, to the detriment of horse breeding. And the specifications imposed on the breeder, increasingly restrictive, do not facilitate the profession …

In terms of animal heritage dedicated to breeding, Haute-Loire has not always been able to function effectively. But in recent years, various initiatives have made it possible to permanently maintain certain breeds in the series. 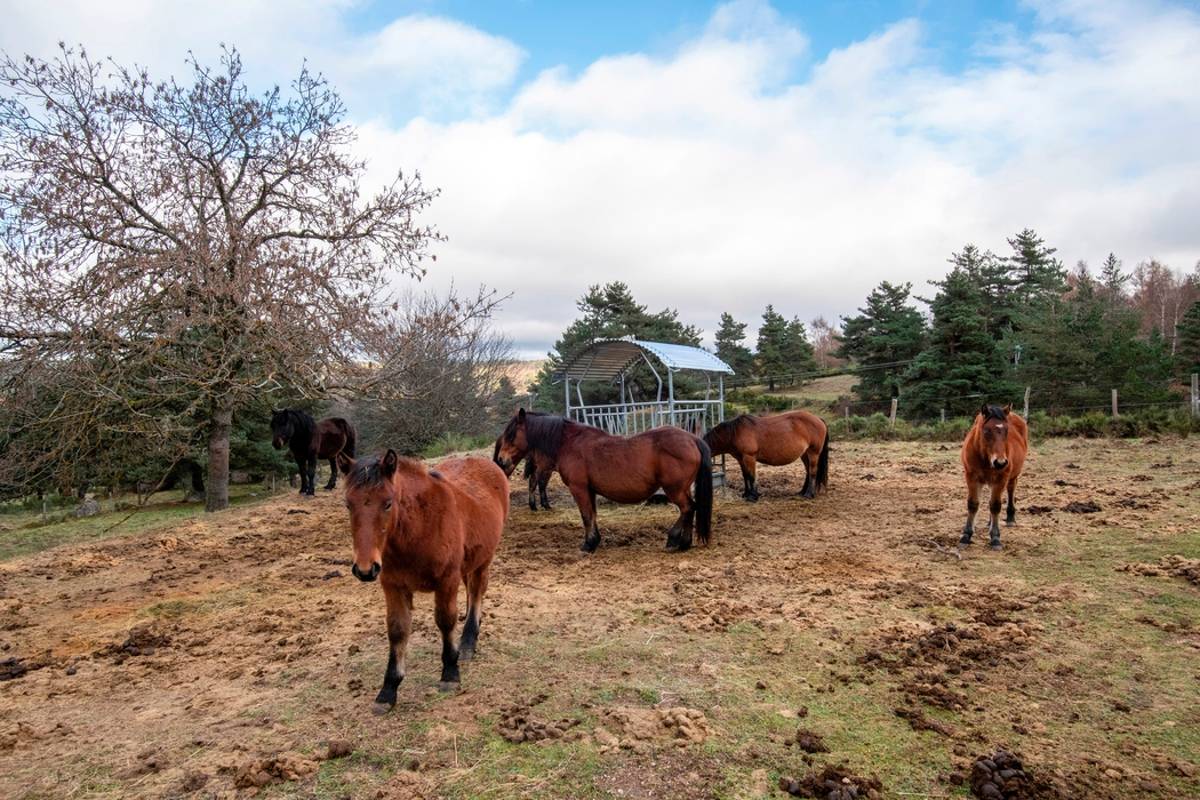 Just look at the Franche-Comté, there is a very popular breed of cattle (Montbéliarde) and an equally famous breed of horse (Comtois). In Savoie, there is abundance and tarine (or tarentaise). In Cantal, pubs were known to everyone, and in Aveyron it was the aubrac that was developed.
Haute-Loire has more difficulty keeping what it has in place and often has to breed.
However, a program carried out with ANCRA (National Association of Auvergne Horses) has helped to re-establish locally this unique breed, the Auvergne.
Thanks to the availability of stallions in 2016, several dozen horses were born. Like other herders on the plateau, Alain Gibert played the game and the two animals were born in Belistard (Araules).

The Auvergne draft horse is a small horse, weighing between 500 kg and 600 kg. It has a flying skirt and necessarily has a black ponytail. It is mostly used too much.
In another area we can also mention the work done by the Fin Gras du Mézenc association, to create and develop an AOP, especially from Charolais.
Finally, let’s not forget the black Velay, this rustic ewe whose numbers keep growing. The ewes, whose breed is well adapted to the area, easily produces two lambs, which allows breeders to have a year-round presence on the stalls, especially around Easter when lamb is on sale. very running.