The Malian Equestrian Sports Federation hosted, on Sunday, May 29, at Champ Hippique de Bamako, the 2022 edition of the Pmu-Mali Grand Prix. At the end of the race, Awa Kouma’s horse Maradona of Chelsea’s Madoufing Ndiaye stable took the victory flag by beating his opponent in the crack test, a race dedicated to good local horses best of the season.

The races of this Pmu-Mali Grand Prix are chaired by Bourama Touré, Chief of Staff of the Ministry of Economy and Finance; in the presence of Fassery Doumbia, General Manager of Pmu-Mali; Mohamed Haïdara, president of the Malian Equestrian Sports Federation. Many Pmu-Mali horse owners and workers attended the event.

After a two-year hiatus due to the Covid-19 pandemic, the Malian Equestrian Sports Federation has just resumed this grand competition. This 2022 edition of the Pmu-Mali Grand Prix brings together 96 horses from the different stables of the Bamako Stables and the Nioro du Sahel Federation.

The horses are divided into six races, two of which are for ponies, one for half-cracks, one for super-cracked horses, one for thoroughbreds, and one for the best local horses. 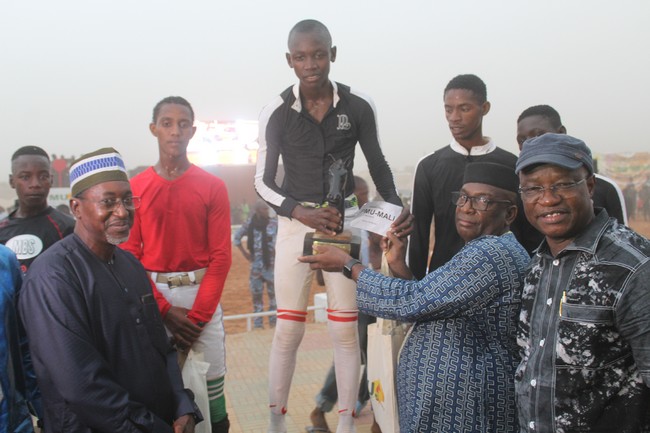 Before the start of the races, the president of the Malian Equestrian Sports Federation pointed out that this Grand Prix Pmu-Mali is definitely the biggest and most important event on their agenda as it will award prizes. for the best horses and jockeys of the year.

“Three classes of horses will participate in this competition: local horses, blood improved horses and thoroughbred horses.–blood. On this occasion, I would like to congratulate our horse owners, who have invested huge sums of money to buy back these horses from other horizons. This tells you that, more than ever, we need your support to start, as a matter of urgency, the improvement of the breed in our country”. he will tell the general manager of Pmu-Mali.

He added that Mali is a historic land of ranching and agriculture, so nothing can stop the country from producing beautiful and majestic horses. “A short time ago we were very pleased to welcome your comments on the possibility of moving the Pmu-Mali headquarters to the Bamako racecourse and thus helping us to build a racecourse. The horse is worthy of the name. In addition, the creation of a racecourse and equestrian school in Bamako, regularly approved by the Council of Ministers, will help us there.”he suggested, before thanking Pmu-Mali for the budget contribution, since it is the basis of all Federal activities.

These are the ponies that started the races of this 2022 edition of the Pmu-Mali Grand Prix. The first ponies race was won by Boubacar Tandia’s Lagaré, followed by Boubacar Maïga dit Poker’s Pretoria, and third place went to Christ-Waddle. For the second race, it was won by Moctar Kouma’s Kouma et frères, followed by Alou Ndiaye’s Navigator and third place to Sadia Ndiaye’s Cumbe Jumbo.

The course dedicated to thoroughbreds (horses of the improved breed) was won by the Nucléaire of the League of Nioro, followed by Mamadou Kéita’s Figuira and third by Astan Ndiaye’s Paye.

The winners of each event receive, in addition to the trophy, a symbolic envelope as a reward for the riders.

PMU-Mali contributes greatly to the revenue of the State

During the 2022 edition of the PMU-Mali Grand Prix, Bourama Touré, chief of staff to the Minister of Economy and Finance, clarified that PMU-Mali makes a huge contribution to the State’s revenue. “PMU-Mali is a semi-public company 75% owned by the State of Mali. In addition, it is clear that the revenue generated by PMU-Mali contributes greatly to the revenue of the State. This is why the Minister of Economy and Finance is very concerned with the observance of good governance rules at the PMU-Mali level. I am delighted to come and watch the races of this PMU-Mali grand prix and to everyone, we understand that there is great enthusiasm around this discipline in Mali.”he alluded to.

At the end of the race, the CEO of PMU-Mali had an interview with journalists to share his impressions of organizing the Grand Prix. “I have a very strong and positive impression because we have just participated, just a week ago at the African Grand Prix in Morocco, for the first time in Africa. But, I can assure you that the enthusiasm we just saw at Champ Hippique de Bamako is higher than what we have seen in Morocco. This demonstrates the interest of the Malian public in the equestrian sport that we must support. The innovations we plan to bring to the Malian Equestrian Federation and as part of PMU-Mali’s mission as of the company’s writing are to see if we can quickly come up with a strategy to improve like a horse.

The point, in particular, is to ensure that those horses are more thoroughbred, high-quality horses and can compete duly outside of Mali. There is also an axis for training, that is, training of trainers and riders so that, in addition to the usual races, these riders can take on other roles such as training horses.

Then there is the question of equipment, which means that in the coming days we will be providing the Federation with complete cameras and starter block equipment.”he say.

Today, the Malian Equestrian Sports Federation under the leadership of Mohamed Haïdara is having good results in terms of the sport’s audience among horse racing enthusiasts. In this interview, he insists and insists that equestrian sports are a source of pride for Mali.

Today-Mali: What are equestrian sports like in Mali today? 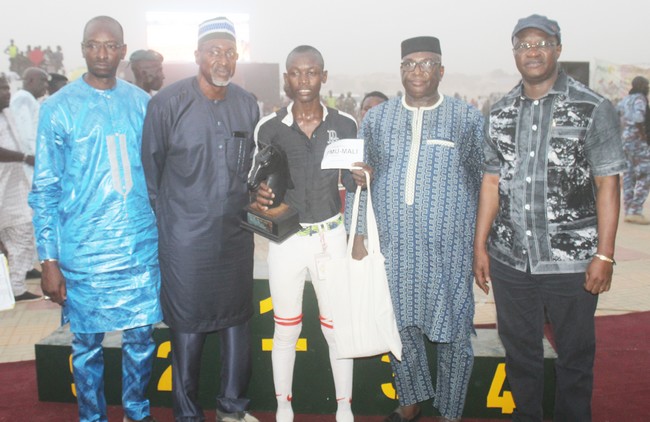 Mohamed Haidara: Equestrian sport is a source of pride for Mali today. More than ever, we are in the annals of horse races in the subregion. Proof was our latest trip to Burkina and Senegal. We are currently in Senegal, for the 2022 edition of the Grand Prix de la renaissance scheduled for this weekend in Thiès. Mali is a strong representative.

You just hosted the 2022 edition of the PMU-Mali Grand Prix. So what are your feelings at the end of this contest?

The PMU Grand Prix is ​​one of the most important events on our calendar. It brings together the best horses in Mali and this edition features more than 100 horses. This is also an opportunity to review our grievances against PMU-Mali, which is our official sponsor. The competition was great and we hope that our expectations will live up to our expectations.

Are you satisfied with the organization of this great horse racing event?

Perfect organization and clear improvement in terms of security. We are now the second largest sports audience in this country. This tells you that horse racing occupies an important place.

Today, can we say that PMU-Mali is a strategic federal partner?

Sure. The latest statements from PMU-Mali General Manager, Fassery Doumbia make us dream of a better future and we will see it.

What do you expect from PMU-Mali?

Let him play his part. Its main mission is to improve the breed and we wait for the promises to be fulfilled.

What major projects does the federation have to better develop equestrian sport in Mali?

Soon we will have national stud farms and are working to move PMU-Mali headquarters to Champ Hippique de Bamako. In turn, they will be able to help us establish a racecourse worthy of the name. May Allah facilitate!

What about today with improved stallion production?

Once the stallions are available, we will be able to have our first ponies naturally. This is my most fervent wish. Our efforts will no longer be in vain.