Once a sports racer, specializing in events, Pierre-Olivier gradually reoriented himself towards breeding racehorses, although keeping parallel stallions towards sports. Review of 9 ponies born this year at a place called La Bourbetière, Bécon-les-Granits in Maine-et-Loire.


Pierre-Olivier Robert and a pony of Bathyron

A prolific sports racer, Pierre-Olivier also won his first competition at Expo du Moulin, future Olympic champion in Athens in 2004, with Arnaud Boiteau. Today, Pierre-Olivier devotes himself entirely to livestock on his 93-hectare estate. Still a sports horse breeder, Pierre-Olivier breeds racehorses, all of which are named with the suffix “du Granit”. About half of the ponies born at La Bourbetière are related to Benoit Gabeur. Peaceful life there at La Bourbetière

Not everyone is lucky enough to come across a horse as exceptional as their first crossbreed. However, this was the case with Pierre-Olivier, the breeder of Fairplay (Grand Trésor) in 1993. This Selle Français, of which Pierre-Olivier will be co-owner, is a real horror. on the cross-country road, specifically winning the Grand Cross of Pau 4 times. It’s also important to note that Fairplay won the Pau cross country queen event for her final public outing at the age of 13! A very popular horse at the time, Fairplay had its fan club in Mayenne. Supporters have also moved to large numbers in Béarn, to cheer on their champion for his final race. Fairplay in his garden in Pau

Among the outstanding horses bred by Pierre-Olivier Robert was the Stars du Granits (Robin des Champs). Daughter of Ile d’Or (Lutte Antique), a mare of the Vagne breed, was exported to England, to Venetia Williams. She has had 3 hits across the Channel.
Another quality competitor, A Babord has also seen the light of day in Becon-les-Granits. This son of Balko is currently training with Guillaume Macaire and Hector de Lageneste, and protects the Papot team. This pony co-bred by Benoit Gabeur is a veritable metronome, counting 4 wins and 5 places in 11 attempts (two counter shows falling). A Babord’s dam, Border Line (Turgeon) is the daughter of Kitara (Camp David) who has produced quality ponies that overcome jumps, such as Politikar (Poliglote) 3e a Prix Ferdinand Dufaure (Gr.1) with almost €400,000 in earnings, or a Black Kit (Black Sam Bellamy), with 8 wins in jumps, as well as 3e The position is listed in the Prix Jean Granel. MORE INFORMATION AND PHOTOS ABOUT GRANITE BED BY CLICKING HERE This pony of Clovis du Berlais is the fourth foal of the Calypso du Granite (Racinger) species. His 3-year-old brother Ionesco du Granit (Feel Like Dancing) is training with Guillaume Macaire and Hector de Lageneste. In the distant family we find horses like the champion Looping d’Ainay (Prix des Drags Gr.2) or even the Patte de Velor or the Sirene d’Ainay. We continue with flying colt of stallions Chanducoq, and Touya Emery (Equerry). His dam was a three-time winner in jump counts, including winning the steeple-cross in Meslay-du-Maine. Tanerko Emery (Lavirco) is a multiple time winner of diving in the UK, also included in the list at Sandown. 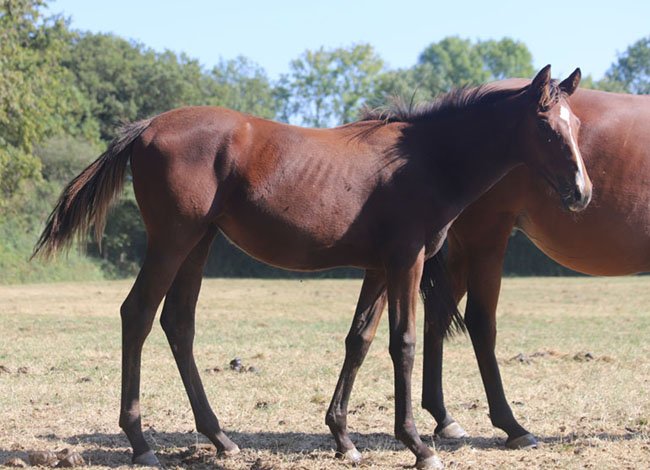 Second of the stallions Clovis du Berlais, daughter of Une d’Or du Granit (Kapgarde), was the sister of Honey du Granit (Balko), who had 4 wins in 7 attempts to train Guillaume Macaire 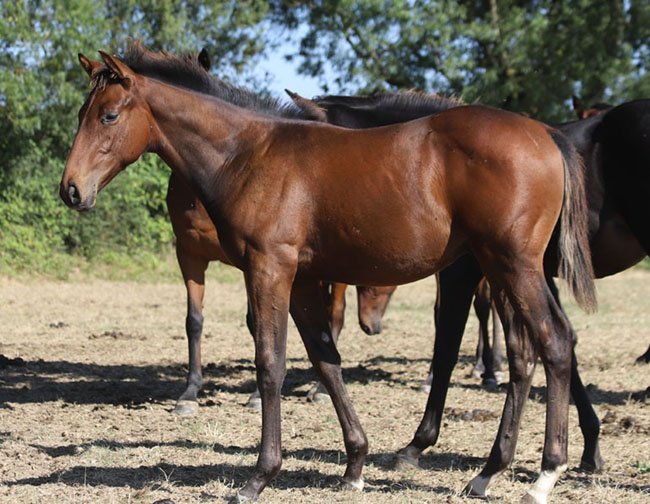 In addition to the stallion Marmello, this foal is the 4th horse of Calisonne (Vespone), who has had 3 victories in 4 matches to train Chaillé-Chaillé. His grand dam Madame est Sortie (Longleat) won the Prix Pénélope (Gr.3) We continue with Le Prince du Granite, a pony of My Risk in Lina Roderic (Roderic O’Connor). Her grandmother has launched two excellent products by Linamix, Bernimixa, winner of the Prix de Pomone (Gr.2) and Miraculous, winner of the Prix Gladiatuer (Gr.3) WITHThe beautiful flying pony is the son of the stallion Planteur. His mother is Qatar Magic who comes from the crossbreeding of Sheikh Al Thani. She is notably the sister of Sandbar (Prix Cléopâtre Gr.3), and of Brasileira (Prix Urban Sea Listed). Daughter of the Polish stallion Tunis and Quaiou (Robin des Champs), bred by Benoit Gabeur. Her younger sister Goosebump (Alianthus) took 3rd place in the Prix Wild Monarch. Quaiou, is the sister of the good Saccageur (Poliglote) who has had 18 jumps wins, and 2nd place in the Prix La Perichole (Gr.3) goes to Guillaume Macaire We end up with Bathyron’s daughter, the sixth pony of the Border Line (Turgeon), the sister of the 2nd good-natured Politikar (Poliglote) in the Prix Pepinvast (Gr.3), and the Prix Robert Lejeune (Listing). ), and Black Kit (Black Sam Bellamy), won the jumps 8 times and placed 3rd in the Prix Jean Granel (Listed).