(Ecofin Agency) – A mysterious disease is reported in Tanzania, measles outbreak in the DRC, or the Global Fund is seeking $18 billion to fight malaria, AIDS and tuberculosis… An overview Elements of this week’s African health bulletin.

Tanzania is reporting a mysterious illness that has affected 13 people and killed 3 people, in the village of Mbekenyera (Ruangwa district), in the Lindi Region, in the southeast of the country.

According to the Tanzanian Ministry of Health, the undiagnosed disease was reported on 7 July 2022, by the Health Director of the Lindi Region. Currently, samples taken from patients have helped rule out Ebola, the Marburg virus, or even Covid-19.

” We’ve strengthened our team of experts, and we’re now collaborating with the World Health Organization and the US Centers for Disease Control and Prevention “, said the Tanzanian Ministry of Health, on this Friday, July 15.

WHO warns of increasing zoonotic diseases

The World Health Organization (WHO) is sounding the alarm, showing that the number of zoonotic diseases (such as monkeypox) has increased by 63% in the last ten years on the continent. this. In a press release dated Thursday, July 14, the UN agency’s Africa branch said that, “Africa faces an increasing risk of disease outbreaks caused by zoonotic pathogens, such as monkeypox virus, which originated in animals before changing species and infecting humans. “. Indeed, between 2001 and 2022, content will experience 1843 proven public health events, 30% of which are zoonoses. Uptrend can be known specifically “a special peak”, between 2019 and 2020, when zoonotic pathogens account for approximately 50% of public health events. This situation may be related to the growing demand for food of animal origin, related to population growth, in the context of livestock production and encroachment on animal habitat. wild. Dr Matshidiso Moeti, WHO-Africa Regional Director, called for addressing these zoonotic diseases, for example by strengthening research, collaboration and information sharing, among health services. economy, community and country.

The Global Fund, dedicated to the fight against diseases like tuberculosis, AIDS and malaria, will replenish its resources next September. The Swiss-based non-profit organization, specifically active in Africa, will work for this purpose in New York, September 19-21, 2022. 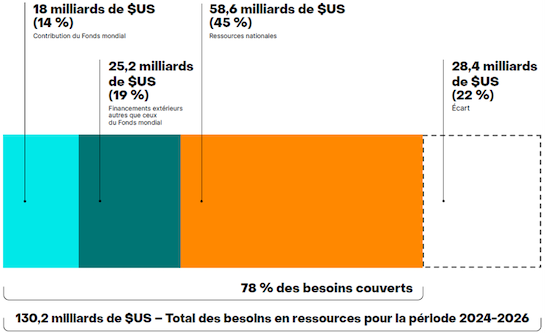 The Global Fund, established in 2002, seeks to raise $18 billion from its donors in the international community, to “ save 20 million lives “.

” In just 20 years, our partnership has saved 44 million lives and more than halved the death rate from these three diseases combined in the countries we invest in.. ”, we say, while the Covid-19 pandemic has somewhat changed the map of the global health landscape, and disrupted interest in older, but less common diseases in other countries. rich.

Somalia: 450,000 euros in Europe’s humanitarian response to the measles outbreak

The European Union announced on Thursday, 14 July 2022, an additional €450,000 in humanitarian funding commitment to support the fight against potentially deadly measles outbreaks in Somalia. This funding, in response to an increase in cases between 2021-2022, is intended to support CAAFIMAD, which is supported by Brussels, and led by Action Against Hunger (ACF) in order to contribute to reducing the incidence of the disease. illness and death from measles. These resources will in particular enable CAAFIMAD’s partners to work by combining mass vaccination of children under 15 years of age at the district level, medical management of complex cases, and vitamin A supplementation for children. children under 5 years of age and screened for malnutrition and then provided with appropriate care. The interventions cover the most affected counties: South Galkacyo, Baidoa, Afgoye and Bardhere, in south-central Somalia.

In the Democratic Republic of Congo (DRC), measles outbreaks, reported since February, continue to spread in Kasaï-Oriental province. According to information from the provincial Department of Health (DPS), more than 300 cases, including 7 deaths, have been registered in a week, as reported on Wednesday by specialized media Outbreak News. Today.

” The number of cases has been increasing in recent days. We have recorded about 300 cases including 7 deaths in a week. It must be said that to date, 17 out of 19 health zones have reported at least one case. There are 7 new toilets that have been announced as having an epidemic. “Dr. Nestor Tshiteku, head of DPS, said. Following this, a vaccination campaign is planned in the affected health areas. For now, the outbreak will affect more children aged 0 to 59 months. Since February, more than 2,300 cases of measles, including 12 deaths, have been reported. In total, in 2022 (as of June 19), the DRC recorded more than 71,300 cases of measles, including about 1,000 deaths, representing a mortality rate of about 1.4%.

In Ethiopia, measles cases have been reported in the north of the country, in the districts (districts) of Berehet and Minjar in the Amhara region, and at two IDP sites in the town of Debre Birhan. Meanwhile, cases of chickenpox have been reported at the Weleh IDP site in the Wagemra region for the past three weeks, according to the UN. 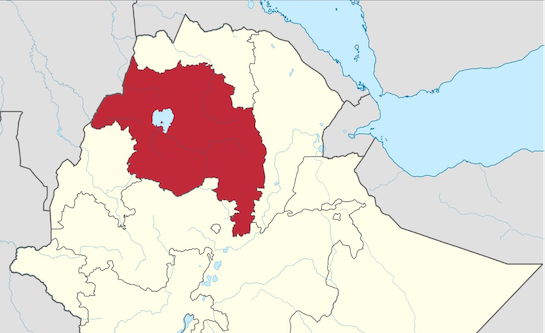 According to media outlet Addis Standard, this comes amid a “health crisis” and food shortages in these camps. Other reported outbreaks including malaria, rabies and acute watery diarrhea (AWD) have resulted in eight deaths so far, according to figures from the regional health office. Ethiopia is facing a conflict, which officially started in November 2020, especially in its northern region (Tigray), complicating humanitarian and medical responses .

In South Africa, a measles outbreak that has spread in Tshwane, Gauteng province, has been declared closed. According to the National Institute of Infectious Diseases (NICD) in a July 13 announcement, as of earlier this week (as of July 11, 2022), there were no new measles cases linked to the county. has been confirmed in the laboratory. Thus, it has been more than 42 days (two incubation periods) with no cases related to this measles outbreak detected. The last case, involving Tshwane, was confirmed in the laboratory on June 25, 2022. It should be remembered that, when this outbreak was announced about two months ago in schools, a campaign was launched. Vaccination against measles was carried out, in nurseries and schools. Another vaccination campaign is planned by Gauteng province, targeting children aged 6 months to 14 years to boost immunity and prevent new cases.

The humanitarian crisis in Mozambique

According to WHO in its latest report on the Africa region (covering the epidemiological week of June 27 to July 3, 2022), the armed conflict in the northern Mozambique province of Cabo Delgado, lasted for a long time. from October 2017, continued to escalate. ., leading to widespread displacement and a worsening humanitarian crisis. More than 700,000 internally displaced people have been reported in the past month, following more recent attacks in the Ancuabe district by non-state armed groups from June 2 to 9 that caused displacements. new in the province of Cabo Delgado (in the northeast of the country). This phenomenon, along with the subsequent destruction of livelihoods, “Breakfast families already face limited resources, which increases the adoption of negative coping mechanisms”. According to the UN agency, at least 1.5 million people need humanitarian aid in the north of the country because of the conflict. The situation was further aggravated by Tropical Storm Ana and Typhoon Gombe, which hit the country in January and March of this year, respectively.